The first drug court started in the United States in 1989, 10 years before NSW. SARAH LOVE, the winner of the Law Society’s 2018 John Hennessy Research Scholarship and a solicitor at the NSW Director of Public Prosecutions, writes from the US which she visited for her project Postcode Justice: a comparative assessment of the NSW Drug Court and Drug Courts in Tennessee and Cape Cod and the case for a Drug Court in Lismore.

There are various models of drug courts around the world with no uniform approach. The principle of therapeutic jurisprudence underpins all drug courts with the view to addressing drug-related offending from a problem-solving perspective by directing drug-dependent offenders into supervised drug treatment designed to target their drug use and increase their ability to function as productive and law-abiding members of society. 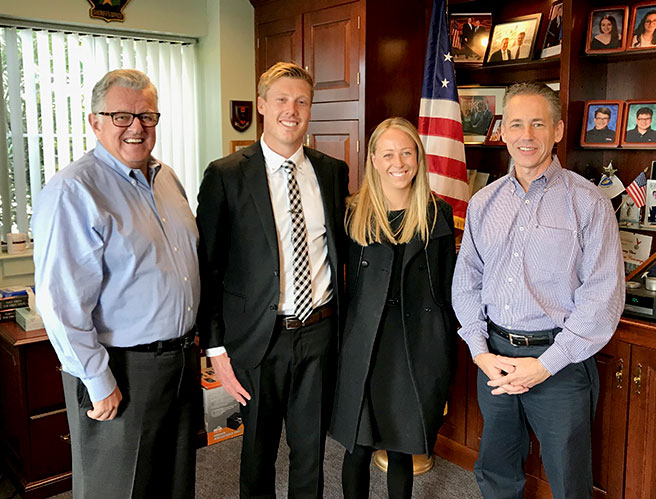 The first stop of my research trip was the Barnstable County Drug Court in Cape Cod in the US state of Massachusetts on the East Coast. I met the Sheriff who welcomed me with a Deputy Sheriff baseball cap, some police pins and a visit to their correctional facility that housed drug court participants held in custody. After a parade of remarkably strong handshakes, heavy operated doors and x-ray scanners, I travelled through the high-security correctional facility to meet with the participants housed within a small area, some in orange jumpsuits and some in plain clothes.

The participants greeted the officials in military style, followed by a roll call while the operation of the facility was explained to me. The drug court participants were then ordered to return to their cells, and the roller doors closed in seamless military fashion.

In Cape Cod, entry into the drug court program is a condition of probation. Violations of drug court conditions such as failure to attend treatment or positive drugs tests are violations of probation and can mean participants are placed into custody.

I met with the health professionals and community corrections staff involved in the program, discussed the different treatment and counselling programs and attended court, presided by Judge John Julian. Court involved a team meeting with a handful of defence practitioners, probation officers, court officers and the Judge in a small room filled with leftover Halloween sweets. Court operates similarly to that in the NSW with Judge Julian in robes but communicating with the participants in a laid back and less conservative manner than regular courts. Participants reported on how they were going and were advised of their next court report back dates or any varied orders.

The drug of choice and problem for the community that is polarised by low socio-economic fishing folk and both old and new money is opioids, particularly fentanyl. Marijuana also plays a role, but unlike Australia, methamphetamine use was slim to none. 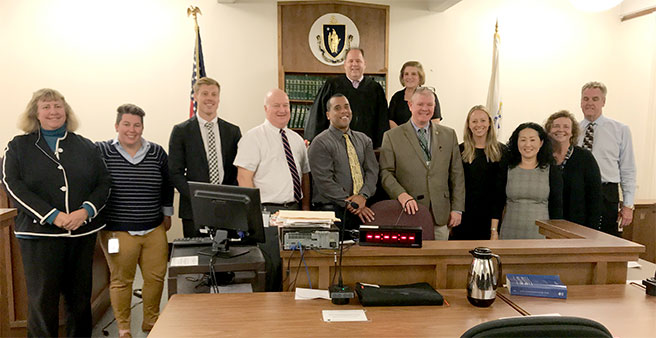 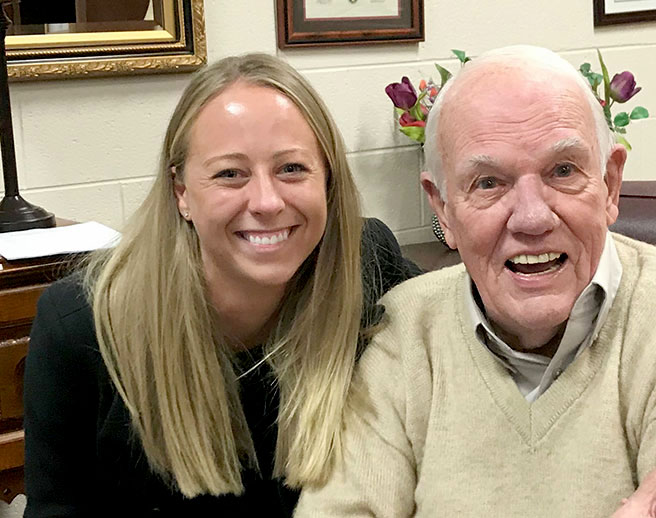 Next stop was the US country music capital, Nashville, Tennessee. I arrived in anticipation to meet Judge Seth Norman, a veteran from the air force, 84 years of age and the presiding Judge of the Nashville & Davidson County and Morgan County Drug Court. Judge Norman pioneered the Drug Court from its creation almost 20 years ago. I was greeted by the Honourable Judge with a deep southern accent, a tray of glazed doughnuts and a handshake that quickly turned to a hug and then a “G-day mate”.

I visited the Nashville Davidson County Drug Court, a diversionary program set up in 1997 for non-violent offenders with substance abuse problems. The 171 participants live at the court complex that houses the rehabilitation facility.

I was fortunate to have lunch (prepared by the drug court participants comprising stew, cornbread and biscuits) with the Deputy and Assistant Commissioner of the Department of Corrections, the Director of the Tennessee Department of Mental Health and Administrative Director of the Administrative Office of the Courts in Tennessee. There I gained considerable insight into the interplay between the entities involved in the criminal justice system and the cooperative attitudes regarding a therapeutic and problem-solving approach in an effort to reduce recidivism and the considerable overcrowding in their correctional facilities. I met with current participants and a large group of alumni who provided emotional accounts of how they felt the drug court program not only saved their lives but showed and taught them how to live reformed lives in the community in a way they never felt was possible.

The Judge insisted that I shadow him to a CLE entitled “problem-solving courts” that comprised a panel of four problem-solving court judges at Belmont University. Following a short solo “ride along” with the judge I was seated among first-year law students and practising attorney mentors while I was educated on the stark differences in the Tennessee and Australian legal system regarding a very large number of different problem-solving courts operating in the state of Tennessee. 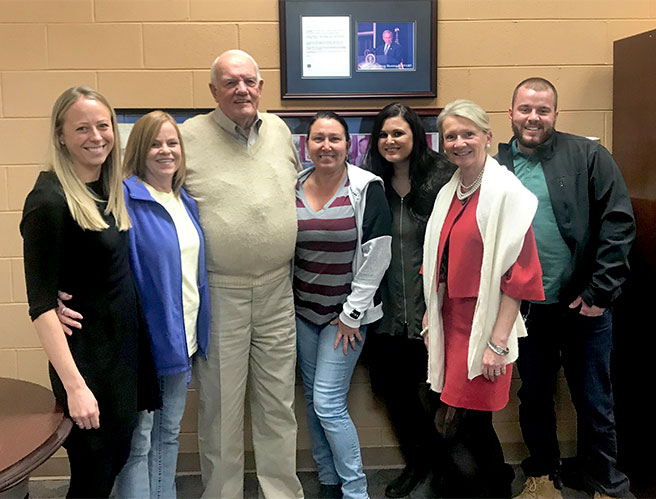 The men’s only program at Morgan County

One morning I was collected from my accommodation at 7am and driven to the Morgan County Drug Court about 2.5 hours away from Nashville in a very rural area of Tennessee. Judge Norman, prepared with a packet of sugar dusted doughnuts, insisted I “ride along” at the front to see what the Southern County had to offer.

The program at Morgan County is for men only. It is a full-time residential rehabilitation program monitored by Judge Norman who attends the facility for court twice a month. The facility is set against the backdrop of their County’s main correctional facility lined with barbed wire juxtaposed against the background of the picturesque Smokey Mountains. The correctional facility serving as a constant reminder of the drug court opportunity provided to each participant.

During my time there I was afforded typical southern hospitality with a meal prepared by the participants comprising chilli, cornbread and chocolate chip cookies. I had the pleasure of speaking with two participants who shared their backgrounds and explained how they found their way into the Morgan County Drug Court.

They were interested in my work in Australia and greeted me with respect and kindness. Each said they would never have spoken so honestly to a District Attorney and that they very much believed in the different approach taken by the Judge and legal staff at the drug court. I was welcomed into the living quarters of the participants which were neat and orderly dorm rooms complete with seven pet cats that were very much part of the community.

My experience in the US was unique and invaluable. It was an opportunity not only to see and understand different legal systems, courts and health systems but allowed me to see the true dimension of the dedicated staff working at the drug courts and the very raw opinions, perspectives and backgrounds of the participants at all different stages of the drug court programs.