The case that changed me

The Director of Kingsford Legal Centre, Associate Professor ANNA CODY, writes how a case involving the Stolen Generation taught her the value of meeting a client where they are most comfortable as well as a lesson in the limitations of litigation when it comes to human right injustice. 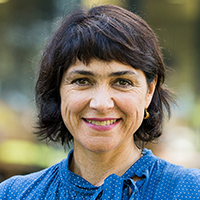 In the mid-90s I was a junior lawyer just starting at Kingsford Legal Centre.  I took over from a senior lawyer who had begun the ground breaking public interest case of Joy Williams v State of New South Wales. Her case was one of the first in Australia to challenge the horrific practice of separating Aboriginal children from their families because they were lighter coloured.

The aim of this policy was genocidal: to destroy Aboriginal families and communities and culture by removing children and bringing them up in “white” society.  This practice and its effects became known as “the Stolen Generation”.  On starting at Kingsford Legal Centre and learning I would have carriage of this case I was overwhelmed and cognisant of the huge responsibility.

I met Joy Williams who was a tough, smart and funny woman. She certainly put me through my paces and challenged all parts of our interactions. She was also deeply harmed by what she had gone through, removed from her mother as a baby, placed in Bomaderry Children’s Home and then Lutanda Children’s Home.

I worked with her over the next six years while she went through a Supreme Court hearing and Court of Appeal hearing. She was diagnosed with borderline personality disorder, which, despite its name, has profound impacts on people who have it. We argued this was a result of the inadequate care she received while she was at Lutanda Children’s Home. Joy was also a published poet and had completed a Masters of Arts degree. Her life could have taken a very different path if she hadn’t been taken from her mother when she was just four weeks old.

I have numerous memories of Joy. I remember sitting out in the back garden of Kingsford Legal Centre under the gum tree, talking over what had happened to her as she smoked her way through packets of cigarettes.

I think that image of sitting out in a garden while a client talks about traumatic events and then writing a statement is quintessential community legal centre practice: meeting the client where they are at and being respectful and supportive.

Another is inviting her to talk to a class of students about what it’s like being a client, so that they get a deeper understanding of client perspectives on legal services, not just from a privileged law student/solicitor perspective.

When Joy saw that the students did not have pen and paper in front of them to take notes, she made them all leave and go and get it. She was fierce.

So how it changed me was to cause deep disillusionment about litigation as a means of righting a wrong. We lost the case and the judge preferred the evidence of the now grown other children about the treatment of Joy at Lutanda.

I think that was the beginning of my commitment to engage more actively in law reform through community campaigning, law reform submission writing, engaging with parliamentary inquiries and advocating internationally at the United Nations.

I also saw how slow change to address injustice is. We had the Human Rights commission inquiry into the Removal of Aboriginal and Torres Strait Islander Children from their families the Bringing them Home report, and numerous other parliamentary and law reform inquiries into what happened in Australia.

I and others from Kingsford Legal Centre advocated about this issue to numerous UN human rights committees and there are recommendations to Australia about the need for proper reparations to address this wrong. We had the apology to the Stolen Generations from Prime Minister Kevin Rudd in 2007. And finally in NSW there is a reparations scheme for members of the Stolen Generation.

Sadly, Joy died before these changes so never benefited from them but she was a fighter and I think her leadership in this area laid some of the foundations for change.  What I take from my work with her was the importance of how I am as a lawyer with each individual client as I provide them with their experience of the compassionate side of law, but also the obvious limitations of litigation to address injustice and the fundamental need to engage in systemic advocacy.